From Avoidance to Trust: Catholics & Evangelicals 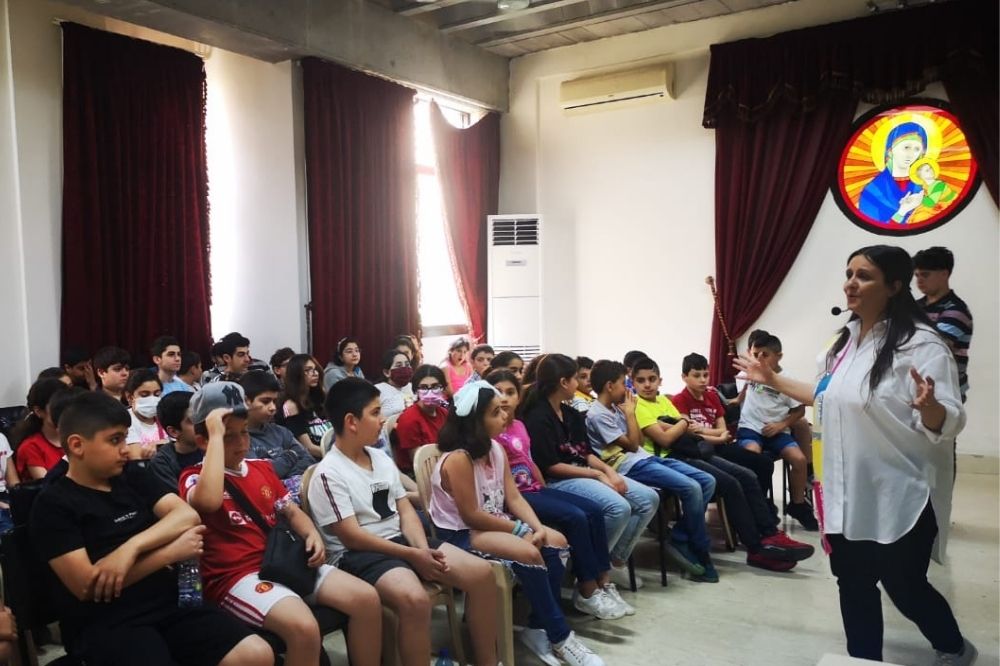 By Ghina Saad and Sarah Jennings

Nestled in hills just a few miles from the biblical city of Sidon, Maghdouché is a small village known for its Greek Catholic heritage. Pilgrims come from all over Lebanon to visit its famous shrine to the Virgin Mary.

The community is devout, but Christian evangelicals tend to keep their distance. Over the years, cultural missteps and differing values have escalated to deep hurt. Not to mention, Lebanon’s complicated history of religion mixed with politics means that most religious groups keep to themselves. Sometimes the relationship was marked by tolerance, more often by avoidance.

So when a local parish in Maghdouche called LSESD, we were both surprised and overjoyed.

“Can you give us a training for the youth? We want to be part of how you’re teaching the Bible.”

On May 2, BCYM (Baptist Children and Youth Ministry) led a children’s event for over 170 children! Invited by MIDADE Maghdouche and Abouna Chady, our team had the privilege to spend the day singing hymns, sharing Bible stories, crafting, and enjoying lunch with the community.

Since this was our first youth event in Maghdouche, Ghina Saad (BCYM Senior Officer) was careful in her approach and tailored the curriculum to the region. She asked the Maghdouche leader first, “what do you want us to teach them?” This opened the door to do everything else. She also included some well-known Lebanese worship songs about Jesus that she had learned in Catholic school as a child.

Another challenge was finding volunteers to lead the camp. Not only was the event planned with short notice, but May 2 coincides with Labour Day, a Lebanese holiday. Most of the normal pool of volunteers already had commitments. God provided yet again though. Claudette from The Way Bookshop brought five other volunteers with her: Rachel, another Rachel, Daniel, Gaelle, and Aida.

She said the team was expecting some challenges, but there were none. It was the exact opposite! Ghina has received many voice notes and texts from the community, asking for the songs and curriculum to continue sharing with the children.

What changed to make this possible? During the pandemic, LSESD provided medical and food support to the community, as well as Camp-in-the-Box activities for children. In meeting physical needs, we earned some trust to partner in other ways.

Also, there has been a budding friendship between Maghdouche lay leaders and the LSESD team. We’ve already partnered together in a small group setting for a Christianity Explored workshop through Dar Manhal al Hayat.

Robert, a layman in the Maghdouche Catholic parish reflected on this workshop, “The problem comes when you stick to the tradition and the ceremonies, but you forget about the essence. This is what I like about being close to Nabil and the Baptist community. This has brought me personally back on track, without letting go of what I like and have been raised to enjoy about our Catholic tradition.”

In the Protestant tradition, we know we have much to learn from our Catholic counterparts as well. May God continue to bless this growing friendship, so that others will know Him through our love.