Warning: array_flip(): Can only flip STRING and INTEGER values! in /home/customer/www/bcymlebanon.org/public_html/wp-content/themes/Divi/includes/builder/plugin-compat/the-events-calendar.php on line 90
 Family to Gather: Encouragement in a Time of Uncertainty and Anxiety - BCYM

Family to Gather: Encouragement in a Time of Uncertainty and Anxiety 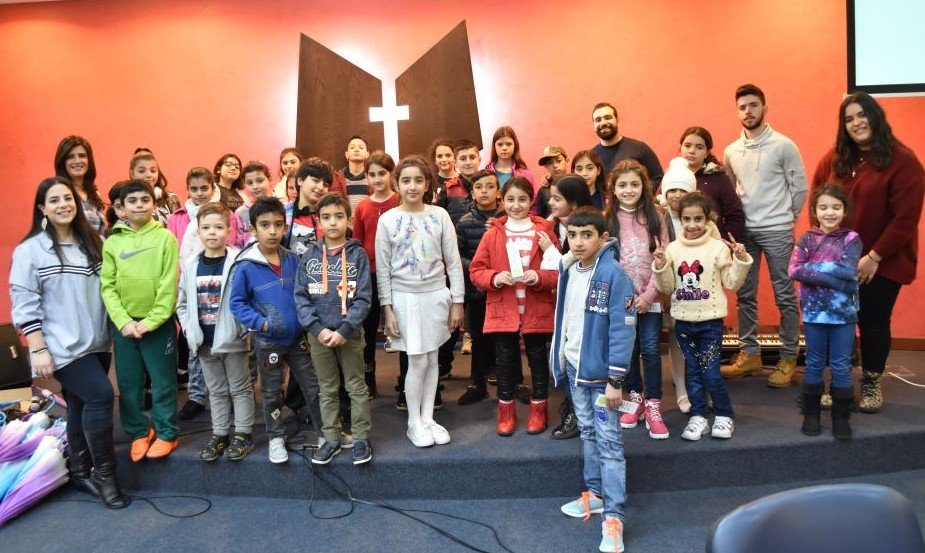 Having been encouraged by a friend to attend, on Saturday, January 11th Rana set off for the Family to Gather event that was taking place at the ABTS Moore Conference Center that day. Hoping to find solutions to the crisis happening in Lebanon and keep her family strong in the midst of it all, she brought her husband, nursery-aged son, and 8-year-old daughter along with her. What happened for her family there, however, was beyond what she could have hoped for.

Over the previous month, Rana had noticed her daughter, Anna, having some trouble. She didn’t understand what was wrong but thought the children’s event might be helpful for her to take part in anyway. Guided by BCYM (Baptist Children and Youth Ministry) staff members, Anna was instructed to draw a picture of a Mr. Worry (see photo) who represented her fears and anxieties. Her drawing spoke of a friend who had been bullying and distracting her in class. As an A+ student, Anna was struggling with anxiety that she would fail her class.

In order to combat these fears, BCYM leaders taught the children to pray to Jesus whenever they felt afraid and He would be with them. Later, Anna shared with her mother what she had learned at the children’s event, so Rana, discovering the reason for her daughter’s anxiety, suggested that they pray for her friend, Leen, asking Jesus to make her a better person and to let them reconcile.

The following Tuesday, when Rana picked her daughter up from school, Anna exclaimed, “Mom, the most amazing thing happened today! Leen said, ‘Let’s not fight anymore. I want to make up with you. Let’s play together during recess!’” The two girls have been playing together since.

For Rana’s family, the Family to Gather event was very a fruitful experience. Now their mission is to find a Sunday school for Anna so that she can take part in these kinds of activities every week. Anna’s Mr. Worry represented her failing in class because her friend Leen kept distracting her. She conquered her Mr. Worry by praying to Jesus and allowing Him to move on her behalf. The children were also instructed to draw on umbrellas as a way of representing how Jesus protects them from their worries. Become a Friend of BCYM