Warning: array_flip(): Can only flip STRING and INTEGER values! in /home/customer/www/bcymlebanon.org/public_html/wp-content/themes/Divi/includes/builder/plugin-compat/the-events-calendar.php on line 90
 A Long-Awaited Harvest: BCYM Summer Recap - BCYM 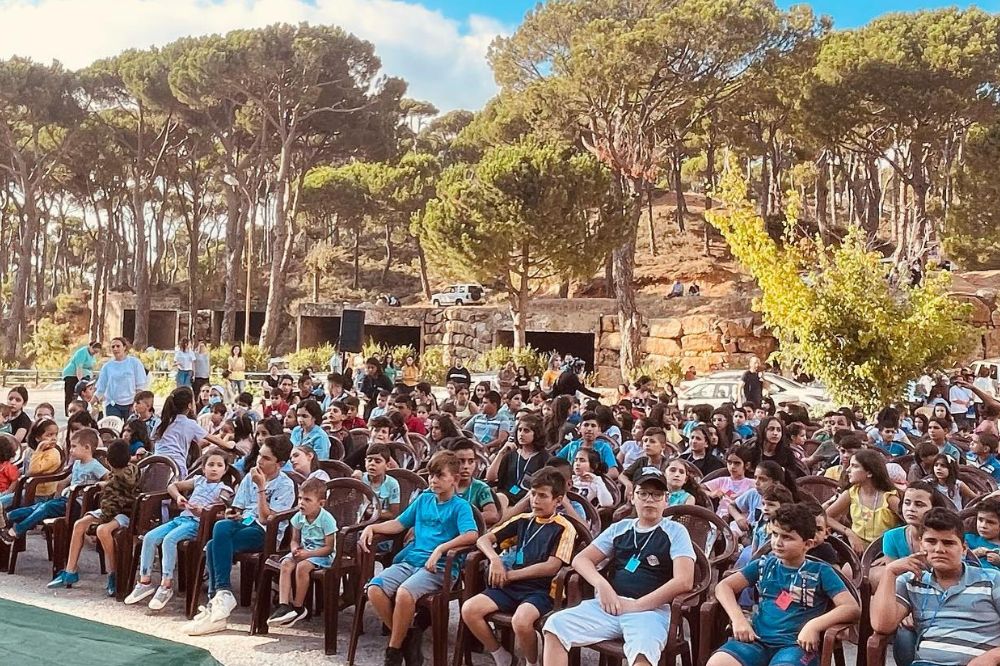 Ministry work is often like gardening. You till the soil, plant seeds, faithfully water, but mostly you watch and hope for fruit. Then, all at once, when the weather is finally right, the garden seems to explode with new life.

For BCYM, this summer felt like a long-awaited harvest season. Dozens of volunteers and Ghina Saad, BCYM Senior Officer, worked behind the scenes all spring to build relationships in different regions of Lebanon, so that the summer camp season could take off in new communities.

Ever since the pandemic, BCYM has experienced a transformation to match the current climate in Lebanon. This started small with the Camp-In-A-Box projects, which enabled us to reach new groups, namely Catholic and Maronite churches.

At the same time, we observed a need for encouragement in local churches, as Lebanon’s severe economic and social challenges drive many youth and church leaders to emigrate. Especially for small churches in Lebanon, there are rarely dedicated children or youth pastors to organize camps and training. However, there are many willing, passionate volunteers in these churches, but what they need is a catalyst!

This gap is where BCYM has focused its efforts this year, with the goal of equipping young church leaders and young believers to serve in their communities. So far, three clusters of ministries have formed in different regions: Mount Lebanon, South Lebanon, and the Bekaa valley.

In the Bekaa valley, for example, we started with a Dir Belak camp in Kherbeh. Similar to the June camp in Mansourieh, the theme was inspired by the song “O Be Careful Little Eyes” and focused on helping kids understand how to both guard their senses and celebrate them as gifts from God. Each day’s curriculum was concentrated on a different sense, such as eyes, ears and mouth, and finally, arms and legs.

A month later, one of the church leaders sent us an audio message about the impact of these lessons on some children in their community.

“Yesterday we (Ramzi and I) were visiting a family of two kids in the Sunday school, Romel and Chloe. While we were sitting in their home, the mother said that after the kids went back from the kids camp in Kherbeh, they were changed. They were being very careful in their behaviors. The lesson shared penetrated their hearts, and they are trying to live out what they heard with their ears, their eyes, their hands and their feet,” said Daisy, the wife of Pastor Ramzi in the Presbyterian Church in Zahle.

This camp’s impact continued to grow! Daisy saw the need for something similar at her church in Zahle to bring new life and encourage the community. She asked if it would be possible to collaborate with BCYM on a worship night.

Ghina explained, “And we never say no for such things. This is what I love to do.“

This worship night included everyone at the church – from adults to little kids. In this way, we can encourage adult leaders and build connections to continue kids’ ministry on a long-term basis. We also never know quite where the Holy Spirit will move.

Two youth stood outside the worship event afterwards, patiently waiting for an opportunity to talk to the pastor. Though neighbors in the community, it was their first time at church. This began a deep conversation, which revealed another new project – meetings specifically for youth. Daisy and Ghina have big dreams for what’s next.

“God’s Word doesn’t fall to the ground. It doesn’t leave us empty. We are praying and the Lord is able to do something that we can’t imagine,” said Daisy.

Similar to this story in the Beqaa valley, the other two clusters have also experienced ripple effects in their growth. From Maghdouche, we’re now expanding to Saida and Mieh w Mieh. From Maaroufiye, we’ve reached Ain Zhalta and Sem’aniye.

We’re so thankful for the many volunteers, church leaders, and international partners who have served alongside us this summer. As the ministry continues to grow, we pray that a new generation of young men and women will rise up to take on responsibilities and initiatives within the children and youth ministries of the Lebanese churches and to reach out to the communities around them with God’s love.